A crazy week to be sure. On the selling cheese front I was at the Massey Sustainability Market, at the usual Farmers Market and at the Daybreaker Rally staging post in the Pohangina Valley. On the family front we had our driveway resurfaced and adopted a new dog. On the cheese making front we only made one batch of blue cheese and wrapped a blue batch because we had our annual Food Safety Audit. We are trying to keep the shelves in the maturing room fully occupied. If you have expensive plant the best way to pay for it is to use it fully and efficiently but sometimes there is just too much happening for us to make cheese twice a week.

Bit by bit we're increasing our production, the current bottle neck is caused by not having enough moulds for the curd. We have bought some equipment from company in the UK that supplies cheese equipment. The company is owned and run by a Dutch man who sources equipment from Germany. Perhaps it a case of cultural crossed wires but lately Ade has been getting pretty frustrated with a couple communication break downs. Ade gave Jaap a really precise drawing of a blue cheese piercer according to the diameter of our truckles and the number of spikes he needed. The photograph he showed of us of the item he made looked like a much larger piercer with some of the spikes cut off. Something was lost in translation so we cancelled that part of order but asked for the blue moulds to be shipped out anyway. When the moulds arrived they were the wrong size. Ade is definitely having to develop his assertive email language skills in order to get some satisfaction from the transaction. Once it is all sorted we will have the ability to increase our batch size – fingers crossed.

The food safety audit with Ruth was a pleasant experience thanks to her friendly professional approach and Ade's skill at running a ship-shape cheese making facility. It's amazing to us that a year has gone by since our first audit and how different our feelings are about the procedure. We were quietly terrified of the idea in the lead up to the first audit because of the officialness and seriousness of being able to be in business. That fear of the unknown meant we imagined the worst and worried about our ability to interpret the rules. It's not that we have become complacent or cocky, more like a slight shift up the confidence scale to a point we can trust we are on the right track.

There were a couple of highlights in my cheese selling week. The artist in residence at Massey was performing on the concourse while the market was under-way. He was inside a blue tarpaulin bag with a matching pair of booties over his shoes so that he was all blue. Like a living installation he rolled, shuffled and trundled around and over things and interacted with people. He wrapped himself around a small tree right beside someone sitting on a bench whilst they pretended not to notice and he slivered over my blue chilly box. I offered him cheese but the blue blob wasn't talking, he matched the colour of the box so maybe he was relating to the object at that level. Afterwards I saw him talking to the journalist who had arrived to interview him and suprisingly he looked quite normal.

The Daybreaker Car Rally had a staging post in the valley yesterday and I went down to the Pohangina Hall to be part of the local presence. We'd been told there were going to be 300 to 500 people there and they would be in for some food and might also be interested in what the locals were up to. Ade and I had been arguing all morning about whether it would be a waste of time for us because it seemed unlikely they would be thinking about cheese. I actually agreed with him that sales would be poor but something told me I should still make the effort just to show some solidarity and also, you never know what opportunity might arise from being visible. Business was so slow that I had enough time to go for a walk with a few fliers and give them out to each support team and still only got a couple of punters swing by. Now my instincts were right, there might just have been that added value moment I was after because Volt TV who were filming the event did swing by and got a bit of footage of me and the cheese. So if I manage to get on TV even for a few milliseconds I'd consider that a coup. Just for once I might check out TV3 at 3pm next Sunday so see if we got lucky and to see the rally cars doing their stuff of course. 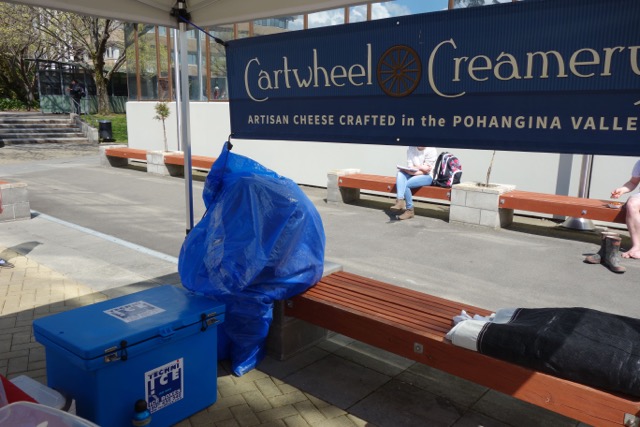 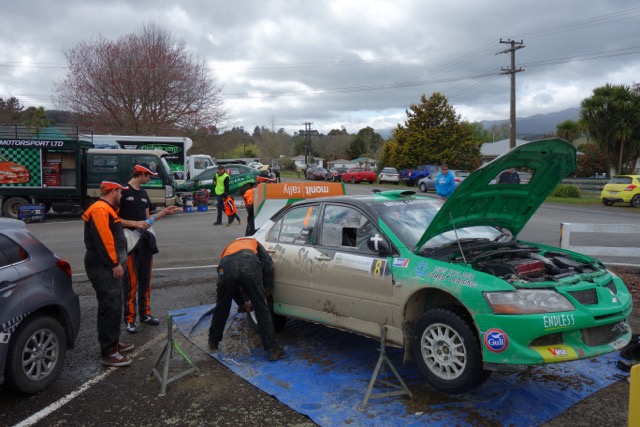 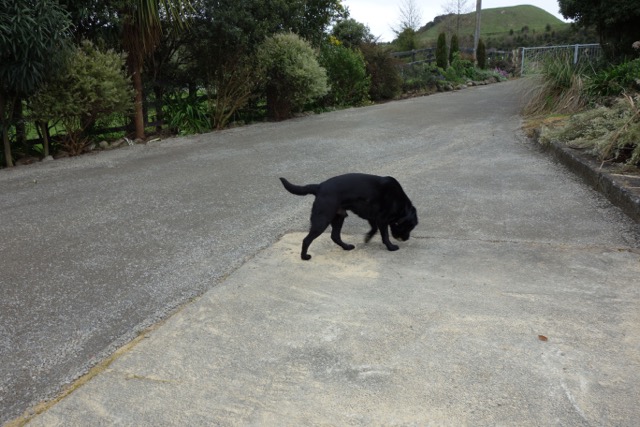