Apart from wrapping a batch of Marama cheese, making a batch of Coppermine on Monday and sending out orders on Tuesday. It felt as though the cheesy part of our week didn't start until Friday since we managed a two day tramping escape into the hills on Wednesday and Thursday. It is important that we try to squeeze micro-breaks into our lives.

When Friday rolled around Ade worked at the Feilding Farmers Market and I went to a cheese seminar at Eketahuna. Eke, as it is fondly referred as, is one of those middle of no-where places everyone loves to mock but which I think is very charming with a classic country feel. Biddy is a one-of-kind cheese maker who milks one or two cows and makes individual hard cheese wheels from each animals milk. It was a lovely concept which I'm tempted to try with sheep's milk one day. Biddy is a feisty, grey haired woman and since an episode of Country Calendar on her milking and cheese-making venture bought her to the attention of the government food safety authority in 2009 she has been engaged (almost gleefully I think) in battle of logic and common-sense about what is "best practise" for people like her.

The event started with Biddy's talk about how she got into cheese-making and a student spoke about a study she carried out on a design of a device to rapidly cool milk. After lunch Sally Johnston from MPI gave us an update on the latest regulations. Sally's talk provoked lots of discussion and in a way she was brave to face up to what could have been a very hostile audience. Most of what she said was reasonable and was easy to agree with. What always concerned me and it came through in her talk was the tone of fear and impeding doom. It seems they – MPI, think we are all incompetently or wilfully trying to make people sick with the food we make. There is no doubt what-so-ever that food needs to be made as safely as possible and with the appropriate amount of attention to this fact. For me the tone of communication between authorities and producers makes me feel overly anxious about the potential threat. My wish is for more facilitative and friendly processes that builds trust between all the players and celebrates the wonderful safe food we make. Or if things can be done better, a second wish is that the corrective processes allow the producer or processor to make amends in a dignified way. It seems this is not always the case from the personal stories that where shared during the discussion. We also have personal experience of being terrified by the registration and verification process which with hindsight we had over worked in our minds. So, if a third wish could be granted, it would be that someone creates an easy-to-use road-map or decision-making tool for people to navigate their way through the food safety world.

Small displays were set up around the edges of the hall at the cheese event. The local museum had created a display of vintage milk and cheese making equipment. Biddy had her cheese-making equipment on display. We were there and Steven from On-Trays was beside us. Steven had a gorgeous display of hard cheeses from which we sampled at the end. The very best thing for me (and of course our business) was the fact that Steven placed an order for a couple of dozen Blue Rhapsody truckles. Steven had heard from Calum Hodgson at Sabato that they are good and that was good enough for him. That was a fantastic bit of networking that worked in our favour. Yeah, that was my Friday – done and dusted.

Ade had a great day at Feilding 'cause it was the last Friday of the spring school holidays when the town runs a Rural Day. The crowd of people who were there primarily for the sheep races and farming silliness were very good for business.

The surprise event for the weekend was the inaugural Ashhurst Community Market in the village square under the old oak tree. We sold out of the cheese supplies we had with an hour to go, so Ade was called up to bring more cheese. We had incorrectly guessed the market would start quietly until the word had got out about it. It seems the organisers had done a good job of getting the word out. Awesome -  smiles all round. The really nice thing about being at the local market was the chance to catch up with people. It was a miracle that, mostly, my brain didn't do its usual name freeze on me. I did have some half right – like Tom's partner, or Daniel's partner whose names I do know but I  haven't said them enough for their names to stick. Next time I promise to say hello Suzanne and hello Raymond. 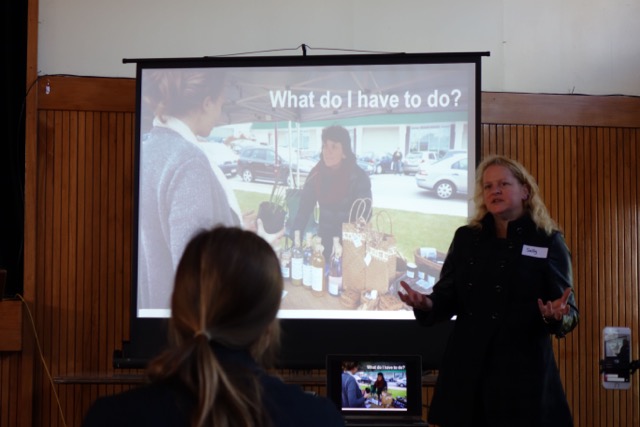 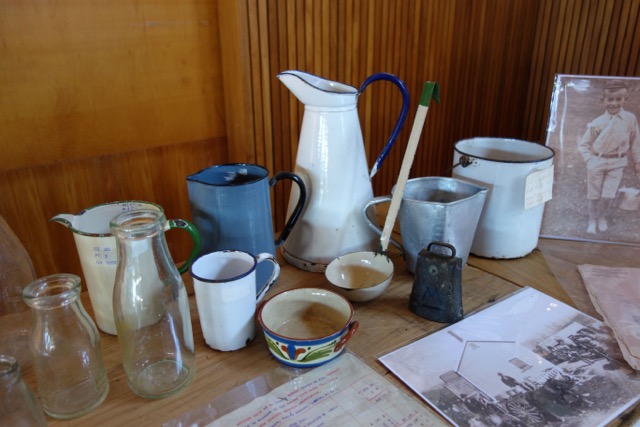 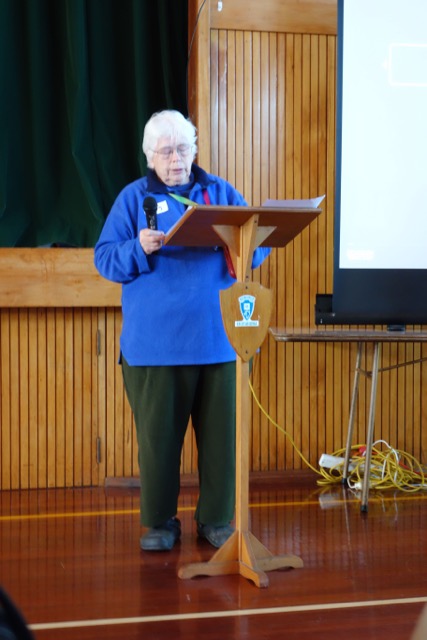