It was one of those weeks when you feel like you swimming in treacle and you should be achieving more. But actually when I calmed down and assessed the week with a steady eye I realised 'stuff' was being down, even if that stuff was baking oatmeal crackers, putting out 3 loads of washing at a time and wrapping a batch of blue cheese. Ade beavered away making cheese, so he was definitely achieving stuff.

I went to the Village Night Market in Palmerston North this week just gone and Ade went to Feilding. The night market was quiet and that meant I had time to talk. Highlights of the encounters were:

A beautiful Japanese mother and daughter combo with exquisite fine features – who regularly buy our cheese and do so with pleasure. The mother told me she liked to buy from Ade because he spoke clearly. He hasn't done the night market for months so he must have made an impression.

A tall red haired man who said, "I bought two cheeses, at least I've done something useful today". When I asked what his occupation is, it turned out that he currently assists school boards with the employment process for hiring their Principals, he was the Deputy Head at Boys High and before that he was a policeman. Seems like he is a pretty useful chap and yet buying our cheese featured highly on his list of satisfying tasks – for that day at least.

Karl Edward Pearce the Pirate and his pirate friend, tasting and talking about cheese. On his admission they wear a considerable amount of women's clothing to get the pirate look, including frilly scarves and sparklingly rings.

Sunday's special people were a beautiful Maori Woman (with no top teeth) and a severely autistic 23 year old woman. The caregiver takes Sarah exploring in the country because that is when Sarah is the most calm and fulfilled. They went away with a Coppermine cheese and a plain Halloumi 'cause these are new experiences for them and at adds to the adventure. I hope it gave them both pleasure. Sarah has her own house, van and 24/7 care and she lives up the road from her parents, so it seemed to me she is living the best life she can. 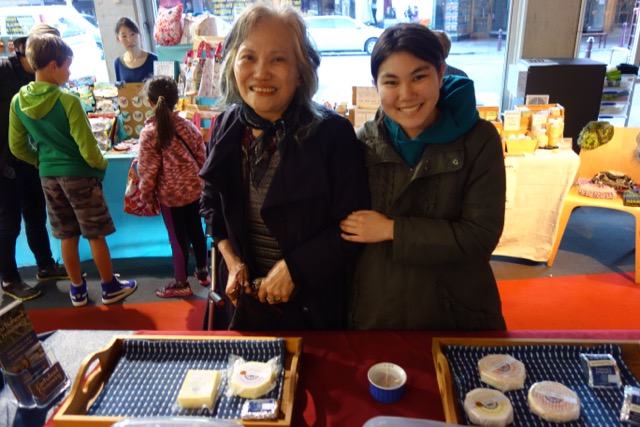 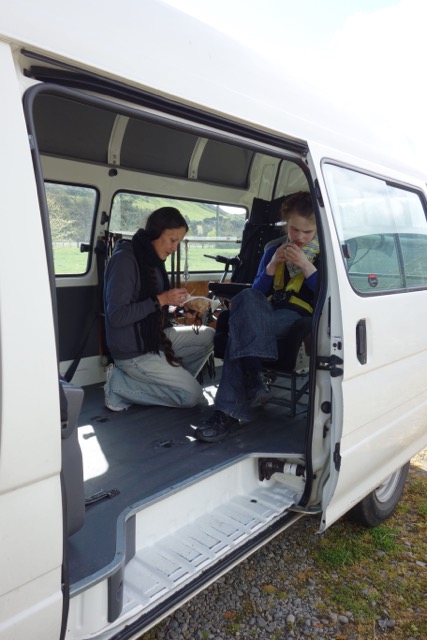 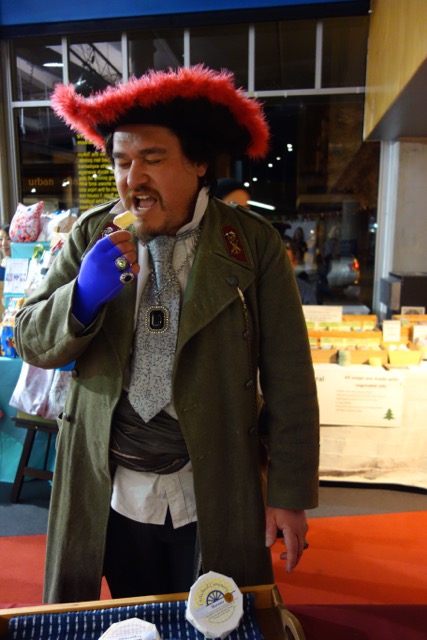