Epitome is a traditional semi-hard tomme with a natural rind.  Some of these wheels are washed in stout from Brew Union. Other wheels are flavoured with either cumin or fenugreek seed.

This beautiful semi-hard cheese is authentically produced by hand and has won many fans already, including a Gold Award at the NZ Champions of Cheese Awards 2017.

We have expanded the range of choices recently.  Instead of washing the cheese in a beer we have started smoking some wheels with applewood.  It's developing into a firm favourite with many folks. 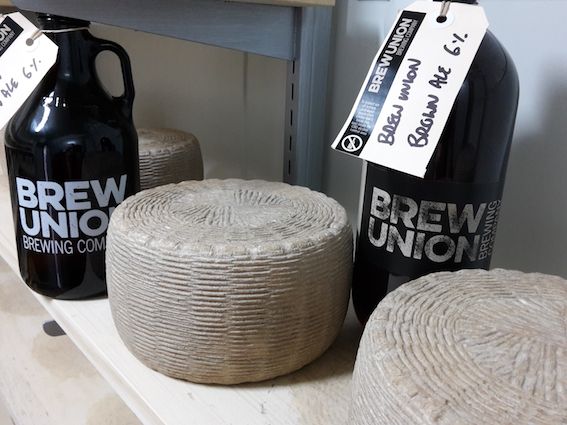 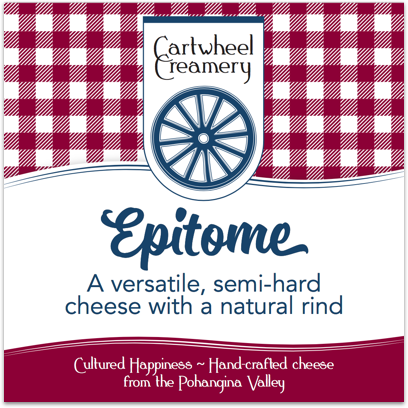 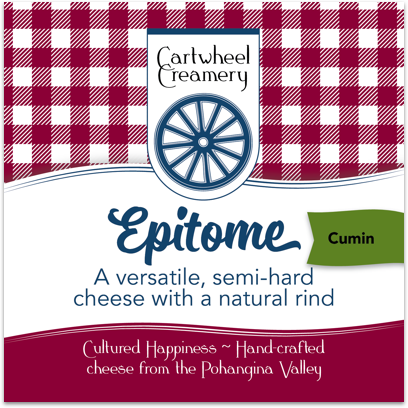 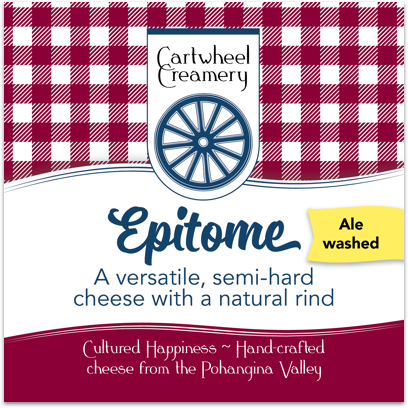